The Hall of Fame is dedicated to preserving the tradition of excellence manifested by specific individuals through the history of outstanding services provided to people who are blind or visually impaired in North America. It is housed at the American Printing House for the Blind (APH) in Louisville, Kentucky, but belongs to all.

The ceremony to induct Ms. Foxx and Dr. Jones, connected through their work at Mississippi’s Piney Woods Country Life School, will take place on Friday evening, October 18, 2013 in conjunction with APH's Annual Meeting of Ex Officio Trustees and Special Guests, at the Hyatt Regency Hotel in Louisville, Kentucky.  Joining the fifty outstanding legends previously inducted, are these two remarkable historic figures who literally changed lives and altered history. Their stories of accomplishment, in the face of staggering odds, are still powerfully touching lives. Dr. Jones and Ms. Foxx opened, and held open, a door that was seen as forever closed to black Americans, including those who were blind. Their heroic actions were not accomplished without personal danger and danger to their fellow workers, to their supporters, and to the students in their charge. 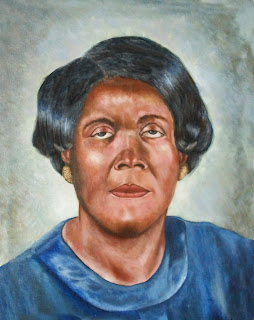 Ms. Foxx was the primary teacher of the blind at the Piney Woods Country Life School in Mississippi from 1929 until 1942. She then became principal until 1951, when the school moved to a new campus in Jackson, thus becoming the Mississippi School for Blind Negroes, where she served as director until retirement in 1969. Martha Louise began her journey in the Piney Woods as an 18-year-old graduate of the Overbrook School for the Blind (PA). She went on to study at several colleges during summers, earning her bachelor and master degrees.

Mrs. Foxx became widely known for her innovative and dynamic teaching philosophy which entailed instruction outside the walls of the school. She insisted that the students be allowed to enjoy outings into the woods around Piney Woods School to hone their senses of touch, sound, and smell. Using what were considered to be progressive techniques she taught students to read braille and large print and insisted that they learn to be self reliant and develop careers to insure they would succeed in making their own way after graduating from the school.  Teachers, both black and white, from around the country, came to the Piney Woods to learn and embrace her methods – all before PL 94-142, IDEA, and the Civil Rights movement. This was happening in the heart of our segregated country.  It took courage, persistence and unlimited patience. Her curriculum was adopted by the “white” school for the blind in the late 1940s.

“Challenging minds, expanding possibilities, securing opportunities, and changing what it means to be blind for African-Americans who happened to be blind - this is what Mrs. Fox did with her life.  She accepted the call, challenged her limits, and impacted lives by making a difference in the dignity and quality of life of hundreds of blind individuals who are now living all across America.  Those same individuals are carrying on her legacy not only today, but for many years to come.”   Barbara White Hadnott, former student 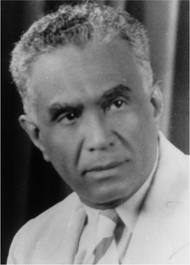 The Piney Woods School was founded in 1909 by Dr. Jones as a place to provide vocational and academic schooling for poor black children and grandchildren of slaves in the rural piney woods area – just south of Jackson, Mississippi. The school started with one 16-year old student at a tree stump and the next day there were 2 more students.  As word got around, the school continued to grow.

Many students came in mule drawn wagons and were dropped off with tuition partially paid in crops and homemade goods. Their families left them at the school with the hope of a better life for them if they could only get an education. All students at the school were required to work helping to grow food for the school, building and repairing the grounds, or touring in music ensembles. In an early photograph the motto of the schools reads “Work is the Mother of Contentment.”

In the 1920s, sparked by two events, Dr. Jones became aware that there was no school to educate Negro children who were blind. He observed a young blind girl begging on the streets of Vicksburg and a young blind boy, whose sharecropper parents were killed in a fire, was left at the school for him to care for.  Never one to turn away a child in need or a challenge, and believing every child deserved an opportunity, Dr. Jones added the education of blind children to the school’s purpose which remained a focus until 1951.

Dr. Jones authored several books and tirelessly toured the country telling of the work and inviting national and international dignitaries to visit the campus.  He attracted both white and black teachers from around the country to the Piney Woods to learn the methods used at the school for the blind. He advocated education which touched “the mind, the heart, and the hands.”  This credo was evidenced in education for the mind, spiritual growth and service for the heart, and putting the hands to good old fashioned work.

Dr. Jones was a pioneering educator of the blind in Mississippi and he is credited with guiding the Mississippi Blind School for Negroes towards its move to Jackson and eventually to integration.  The first big step was embodied by the creation of a new campus in Jackson in 1950, after almost 30 years of effort.  In 1945, Helen Keller, after visiting the school and learning of Dr. Jones and Miss Foxx and their work, helped convince the Mississippi legislature to fund the establishment of the school. The Piney Woods School received state funding and moved to become a sister school of the Jackson based Mississippi School for the Blind.

The combined efforts of Dr. Jones and Ms. Foxx were rewarded when the two campuses combined in 1974.
“Dr. Jones should be noted and recognized for his work in the field of blindness. Because of his willingness to take on the challenge of educating black children, including those that were blind, Mississippi can tout the legacy of Martha Foxx. Dr. Jones was the first spark that initiated a fireball of interest and support to educate all children, including those of former slaves and those who were blind. This leader dared to educate the excluded. This leader dared to include a department to educate the blind which was far different from the expectations during that time. His leadership and professional practice are unsurpassed.” Dr. Rosie L. T. Pridgen

THANK YOU FOR YOUR SUPPORT.

Hall of Fame: Leaders and Legends of the Blindness Field is a project of the entire field of blindness, curated by the American Printing House for the Blind, a 501(c)(3) tax-exempt organization.