We held the 145th Annual Meeting of Ex Officio Trustees and Special Guests in beautiful Louisville, Kentucky. We have been meeting here consecutively since 1870. 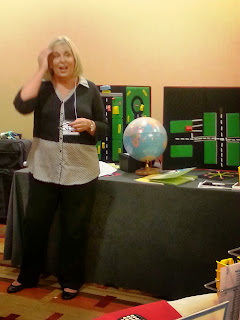 Teacher Talks: We held four informal "Teacher Talks" in the Products Showcase area. Four dynamic educators talked to an intimate audience about how they use APH products in the classroom.

General Session I: We awarded two more Virgil Zickel awards. One went to Millie Smith for her work with SAM: Symbols and Meanings. The other went to Ellen Trief and the Lavelle Fund for Standardized Tactile Augmentative Communication System (STACS).

Product Development Input Sessions: We're not just saying that we want your input on products—we really mean it. In these sessions, project leaders sought feedback from educators on the kinds of products and resources they'd like to see developed. These sessions covered:

General Session II: We introduced the 2013 APH Scholars and heard an update on Unified English Braille and BANA from the esteemed Mary Nelle McLennan.

The audience was honored to hear the story of a young woman whose life was forever changed by the National Prison Braille Program. She told us that learning to transcribe braille was what she had been looking for her whole life. Her story was truly touching. 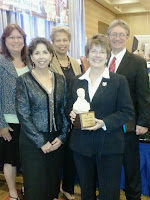