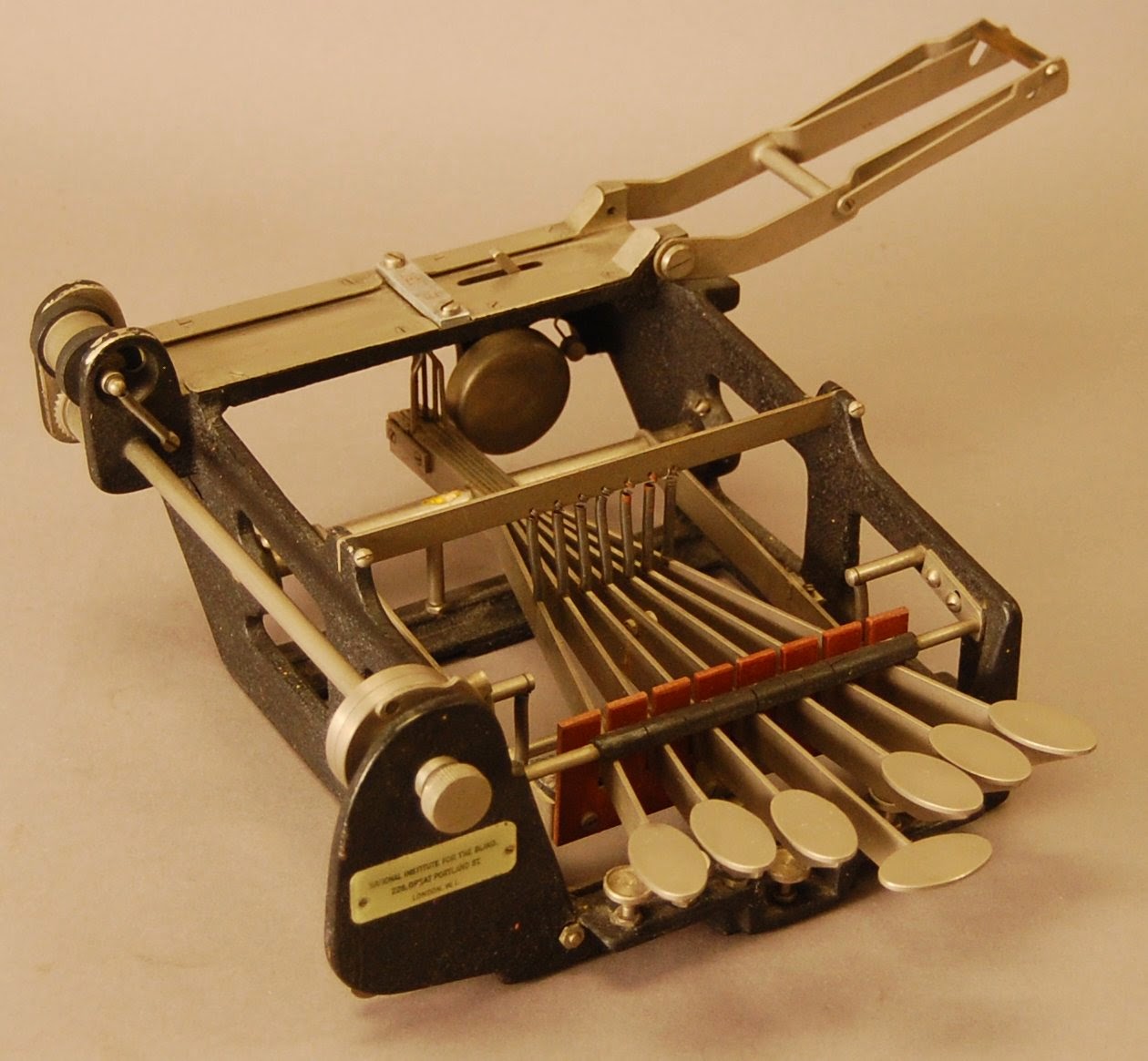 Throughout the late 19th and early 20th centuries there was a lot of interest, especially in Germany and Great Britain, in training stenographers who were blind or visually impaired for courtroom and business applications. Notes taken originally in braille shorthand on machines such as this would later be translated back into print.

Henry Stainsby (1859-1925), superintendent of the Birmingham Royal Institution for the Blind, along with Birmingham manufacturer Albert Wayne first patented a braille shorthand machine in 1899-1900. Their original tapewriter was developed as a note-taking tool to train students. A roll of paper tape was fed though the machine’s embossing head and taken up on another reel or allowed to spool on the floor.

Stainsby's goal was employment and stenography was considered just as promising as piano tuning, chair caning,  massage, and other “blind” trades.  Later models like this one were marketed by the Royal National Institute for the Blind (RNIB).  The Model E appeared in that institute's 1940 catalog. Eventually the shorthand machines appeared under the brand name "Matrix" and the Stainsby name was dropped. This excellent example was owned by former APH research head and Hall-of-Famer Samuel Ashcroft (1921-2006).
APH museum Braille Employment History - Blindness Throwback Thursday Writing