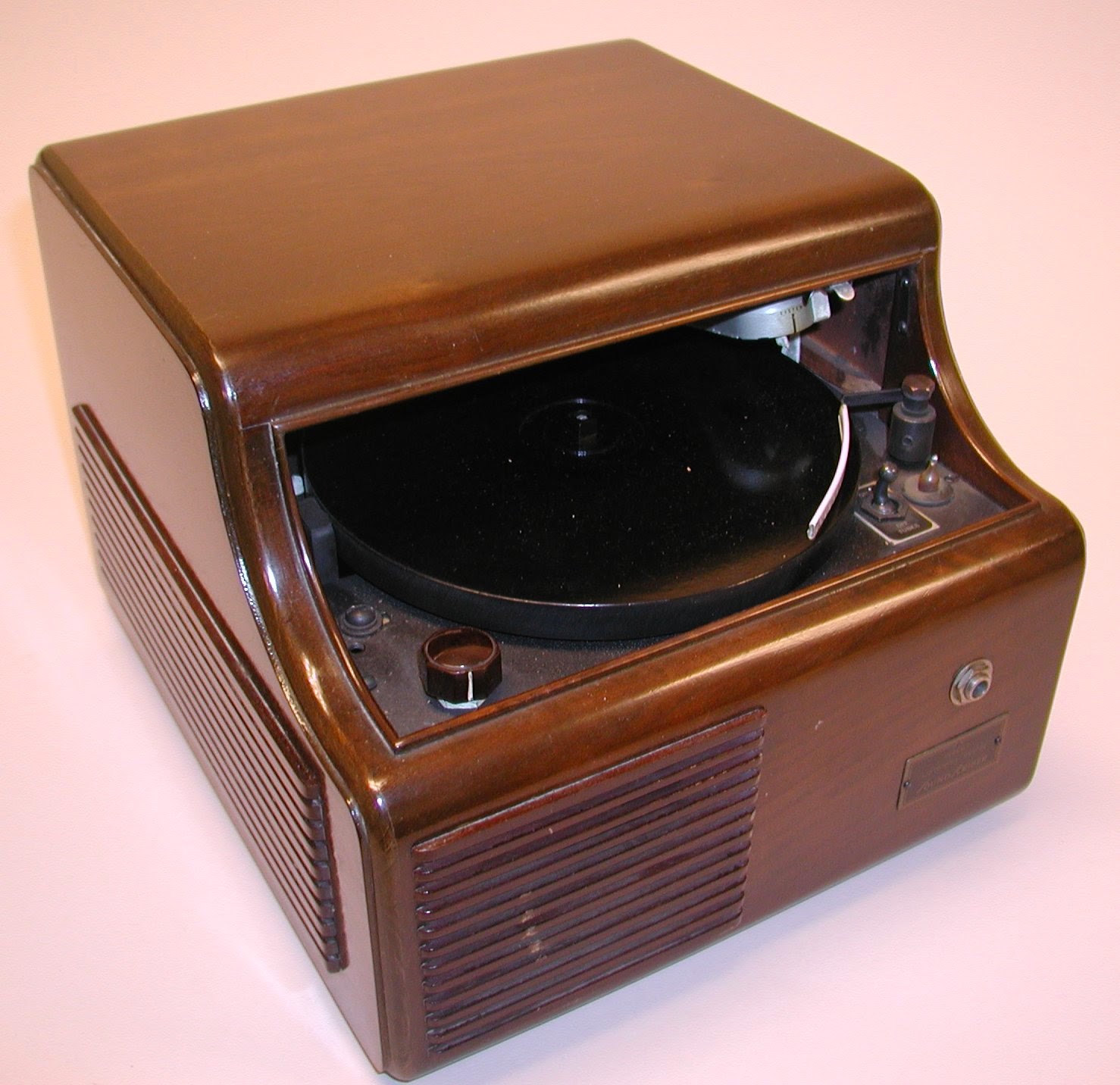 Our object this week is an interesting little electric office dictating machine called a SoundScriber. Approximately an 8 x 10 x 12” rectangle of veneered plywood, it has an open slot in the top with a turntable and tone arm much like a vintage phonograph. In fact it has two tone arms, one to record and one to play back.

Introduced in 1945, the machine could record 15 minutes of sound on each side of its 6” flexible disks.  It was fairly simple to operate, and some of the first volunteer-dictated talking books were made on the SoundScriber. It was popular for about twenty years, until the cassette recorder made it obsolete.
It was also useful for blind professionals, such as Naron Ferguson and Russ Williams. A blinded G.I., Ferguson became the first trainee at the Hines Blind Rehabilitation Center. In this photo,  Ferguson sits in a stuffed chair, with a bright aluminum long cane in his lap. The Center's chief, Russ Williams, is seated behind a desk, on which a SoundScriber machine rests beside a telephone.

Listen to one of Williams' SoundScriber letters from 1957, written to fellow Hall-of-Famer Warren Bledsoe.