Throwback Thursday Object: The Band of the Minnesota Braille and Sightsaving School 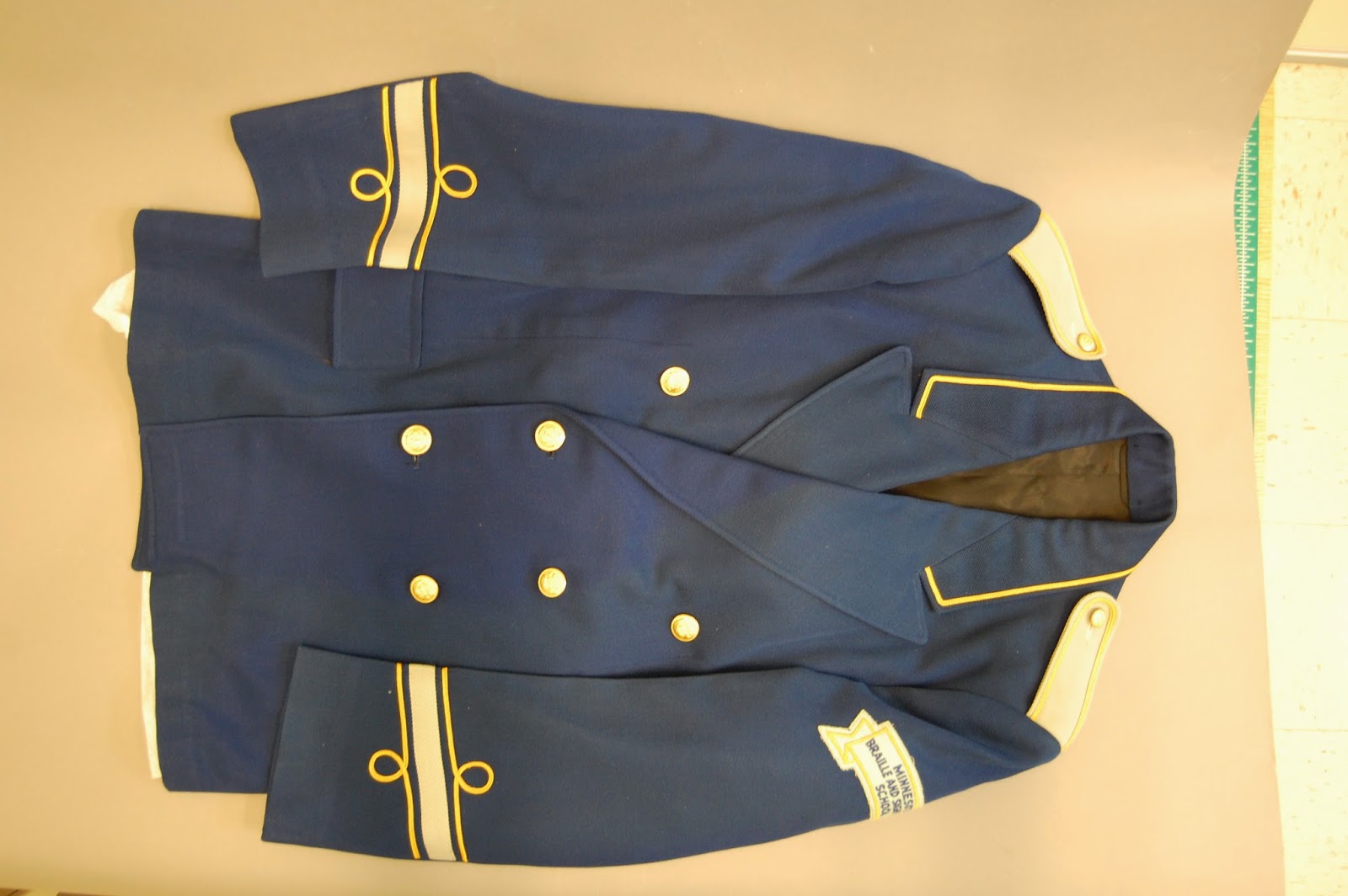 Our artifact this week is a very trim mid-20th century uniform from the Minnesota Braille and Sightsaving School in Faribault, Minnesota. We have very few historic textile items in the collection, so this girl’s band uniform was a real find when it was offered to us in 2013 by the Rice County Historical Society in Faribault. The Society didn’t know much about it, unfortunately, but according to some MBSS band alumni, the uniforms were used by many students over a long period of time. The neat blue wool and polyester blend jacket and skirt had tags inside dated 1957 from the Kansas City firm Stanbury and Company, which by the 1950s specialized in the production of marching band uniforms (and still does!). 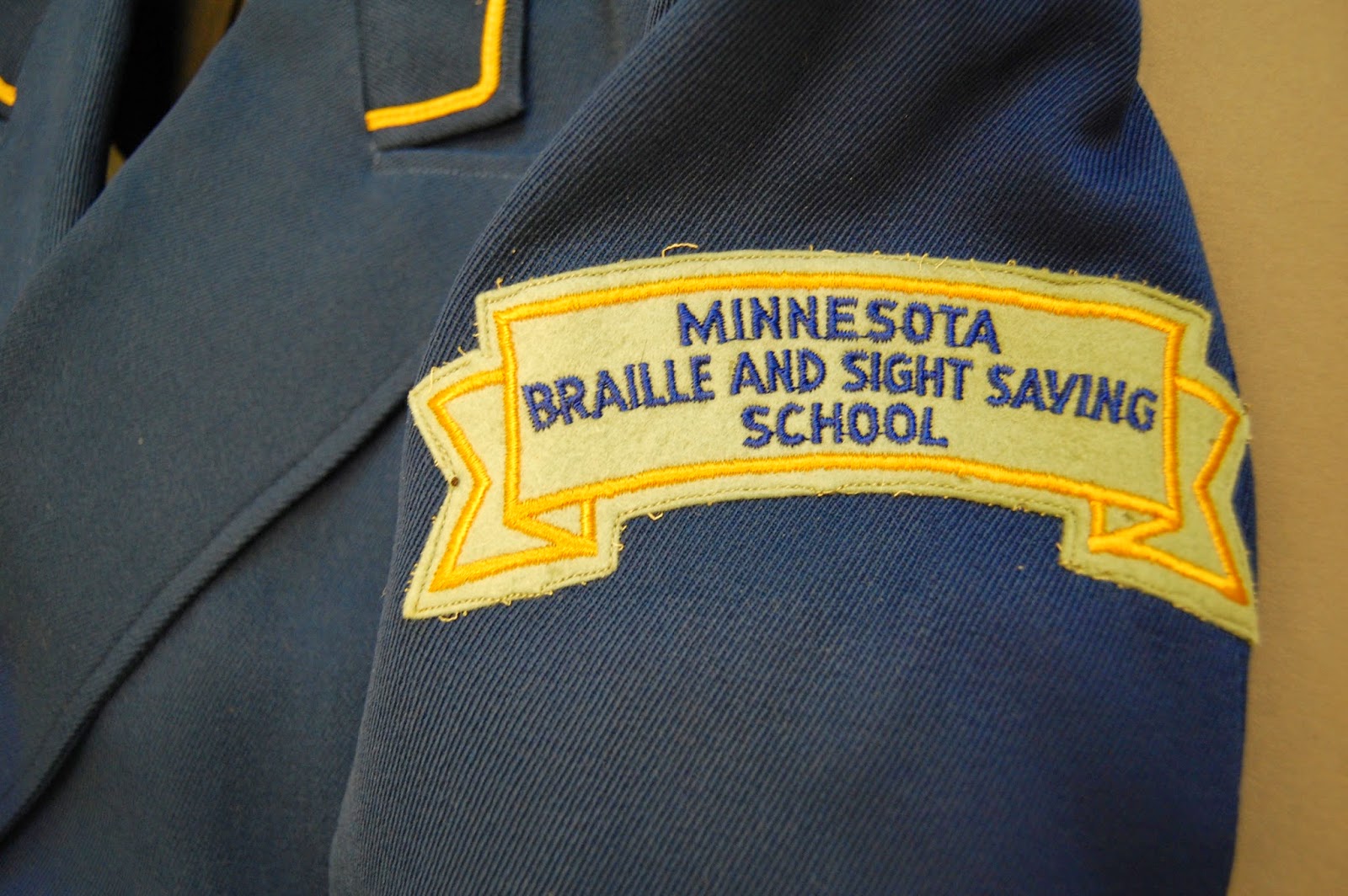 Today, the marching band at the Ohio State School for the Blind gets a lot of press when it performs “Braille Ohio” at football games, but according to former MBSS student Steve Jacobson, bands were common at residential schools.

“The band director from the late 1950s into the 1970s was Wilho Korpinen. The size of the band varied with the school's enrollment, but the range was generally fifteen to twenty members. We did not march, although I have heard that some schools did do that, however, we did participate in parades on the back of a truck. The band was a significant part of school life as we all enjoyed listening to the band even before we were members.  We were also aware that the band was highly regarded in the surrounding area, being reasonably talented for a school of such a small size.  Members of the band usually participated in an overnight band trip once a year which involved going to one or more locations to give concerts.  In addition, there were usually a number of concerts given at area schools and that gave the school and the students positive public exposure as well.  As was probably the case for most schools for the blind of the period, the band, the choir, and the wrestling team were the three main activities that resulted in public exposure, although larger schools for the blind also had track teams.”

Band, cheerleading, athletic or scouting uniforms, and other textiles from historic residential schools help us understand daily life at these institutions, but are pretty rare.

We would love to hear from any school alumni or former faculty who might be saving treasures like this at museum@aph.org.