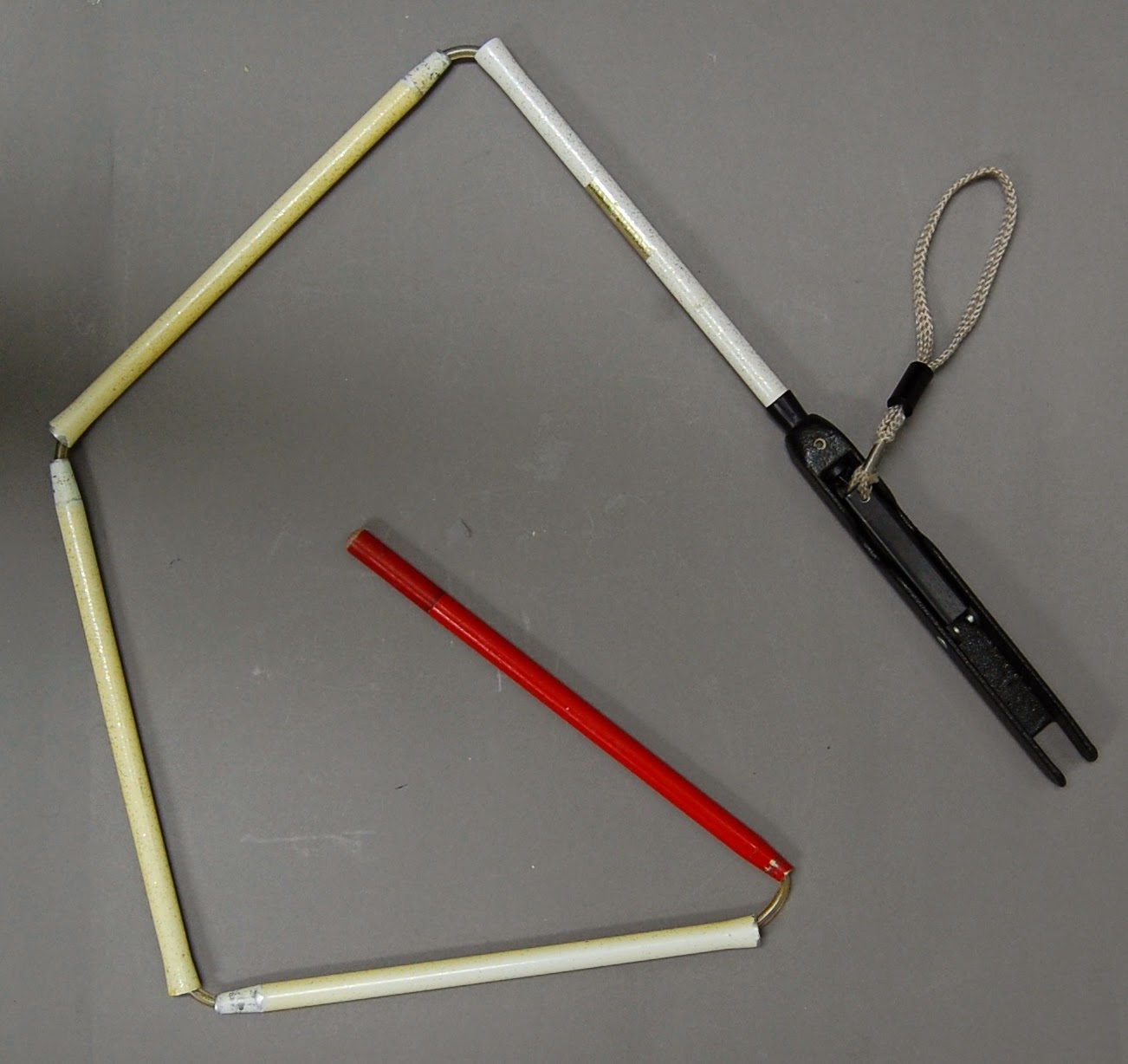 Our object this week is a folding cane of unusual design, and it has a pretty cool back story too.  The original mobility long canes developed out of work done at U.S. Army rehabilitation centers by pioneers Richard Hoover, Warren Bledsoe, and Russell Williams.  For the most part they were rigid straight canes made of aluminum or fiberglass, and they featured a crook which guarded your hand from collisions.  By the 1960s, however, as orientation and mobility (O&M) training had begun to move out of the army system and into civilian rehabilitation programs, people found that sometimes they needed to store their canes out of the way, and demand grew for the folding or collapsible cane.

In 1964, John K. Dupress, a veteran of World War II blinded by a German grenade during his service, came from the American Foundation for the Blind to the Massachusetts Institute of Technology, where he helped found their Center for Sensory Aids Evaluation and Development.  One of the student designs that came out of the Center’s work—later headed by Dr. Robert Mann after Dupress’ death in 1969—was a folding aluminum cane whose central feature was a steel cable.  A lever in the handle pivoted to lock the cane open or release the cable to allow it to be folded.  By 1973, MIT turned the design over to a local metal forming firm—Hycor, Inc. in the Boston suburb of Woburn—for manufacturing.  Incidentally if you search for Hycor on-line, you’ll discover that they did a lot of high end stuff with rockets and military defense projects as well as handles for ordinary snow shovels and ski poles.

Our example of the cane came from the Carroll Center for the Blind in Newton, Mass., where Father Thomas Carroll introduced the first civilian O&M training program in 1952.  Robert Mann served on Father Carroll’s board of directors, so it makes sense that a Hycor “Cable Cane” would find its way there eventually.  Our “cable cane” also has an unusual metal-flek paint job designed to make it visible at night, when most mobility canes rely on reflective tape.
APH museum Canes History - Blindness Orientation and mobility Throwback Thursday