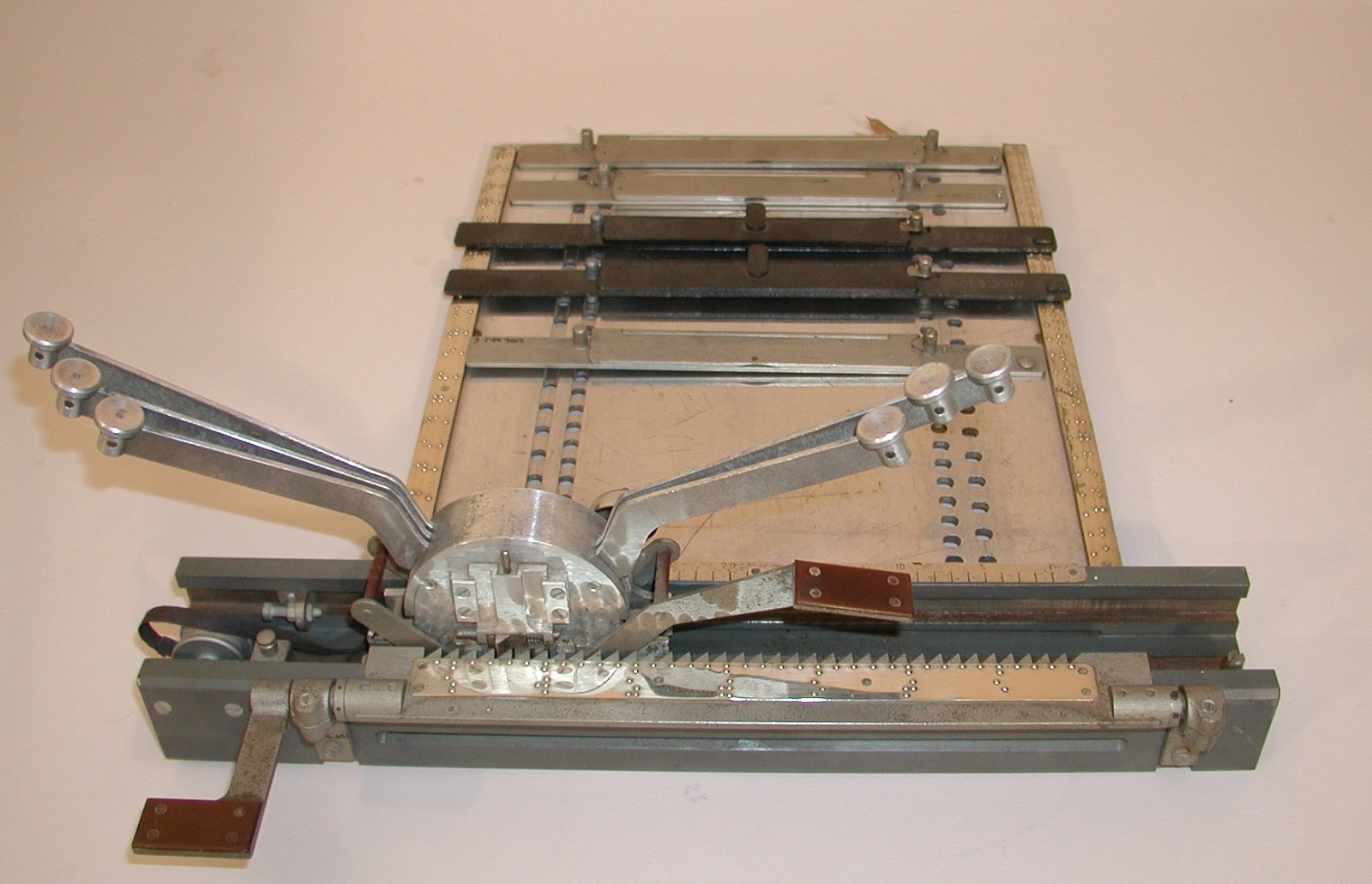 This is kind of a wacky looking device that you might first mistake for a braillewriter.  Its six side-splayed keys—say that six times as quickly as you can!--on their long arms give it a crustacean-inspired look, and look very uncomfortable to use over a long day's work.

It was based on a braillewriter, the Stainsby Braillewriter introduced originally around 1903 by Henry Stainsby (1859-1925), Superintendent of the Birmingham Royal Institution for the Blind in England.  The Stainsby was a hybrid between a braillewriter and a board slate.  Unlike most other braillewriters, which were based upon typewriter designs, the Stainsby mounted its paper on a board, and the writing mechanism slid up and down the board to emboss the braille.

But the “Crab” duplicator had a more ambitious purpose.  It was used to emboss aluminum stereotype plates. Stereotype plates were folded metal plates you could load into a platen-style printing press to mass produce braille, although the Royal National Institute for the Blind in London marketed a special roller press to work with their braille duplicator.

"To obtain copies, the paper is inserted between the embossed folded plate which is then passed through the roller press in between boards to afford protection to the braille characters."  RNIB introduced the machine originally as the "Hand Operated Machine for Embossing Aluminum Plates,” but when that failed to capture anyone’s attention, they reintroduced it with some modifications in 1968 with the more colorful name.
APH museum Assistive technology Braille Braille paper History - Blindness Throwback Thursday