Sir Francis Campbell and Dr. Alan Koenig
to be Inducted into the
Hall of Fame for Leaders and Legends
of the Blindness Field in 2015

The Hall of Fame is dedicated to preserving the tradition of excellence manifested by specific individuals through the history of outstanding services provided to people who are blind or visually impaired in North America. Although housed at the American Printing House for the Blind (APH) in Louisville, Kentucky, it belongs to the entire field.

The ceremony to induct Campbell and Koenig will take place on Friday evening, October 9, 2015, in conjunction with APH's 147th Annual Meeting of Ex Officio Trustees and Special Guests, at the Hyatt Regency Hotel in Louisville, Kentucky.  Joining the fifty-four outstanding legends previously inducted, are these two remarkable figures who changed lives around the world. Their stories of accomplishment are powerful. 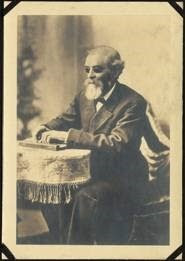 Sir Francis Campbell’s service began as a music teacher and interim Superintendent of the Tennessee School for the Blind in 1850.  He then served as a music teacher and special assistant to Dr. Samuel Gridley Howe at the Perkins Schoolfor the Blind from 1857 to 1868. In 1872, he established the Royal NormalCollege and Academy of Music for the Blind (RNC) in London where he served as Principal until retirement in 1912. His school was built on the belief that blind people can accomplish great things with good instruction.  He built a firm base of physical education and provided strong academic training with an emphasis on logic and mathematics as a basis for music instruction. Campbell’s school was enormously successful. Today it is known as the Royal National College and continues to receive awards for its status as an extremely effective school and training program for people who are blind.

“Francis Campbell was the character and personality on which modern work for the blind hinged.  After Howe, he was the undoubted champion of the capabilities of blind people, both by his own example, his demands on himself and what he asked of other blind people and society.” C. Warren Bledsoe

“His approach was based on a realistic understanding of what was capable without vision and on a strong belief in the ability of blind people to function independently.  He demonstrated the value of educating the whole child.  He understood the need to encourage the development of the physical, intellectual, and emotional sides of each individual.  And he appreciated the need for functional life skills that lead to jobs that enabled independence.  By including Francis Campbell in our Hall of Fame, we will not only honor his work, but we will create an opportunity for future professionals in this field to be influenced by his insights and success.” Dr. RichardWelsh 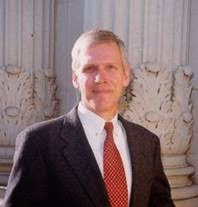 Dr. Koenig strongly influenced the way teachers of students with visual impairments (TVIs) viewed their roles and responsibilities related to literacy instruction. Alan was clear that TVIs are teaching reading and writing when they provide instruction to young children who will read braille or children with low vision who will read print.

Koenig revolutionized the way that educational teams approach the decision regarding whether a student with low vision should begin reading and writing in braille, print, or a combination of braille and print. Prior to his landmark work on Learning Media Assessment (LMA), teachers and parents struggled with the decision of whether to teach a child braille or print. LMA provides a data-driven procedure that supports decisions of educational teams. For the first time, teachers and parents had a systematic guide for gathering pertinent information and using that information to support on-going educational decisions.

“Dr. Koenig shared his knowledge, expertise, and love of the field of visual impairment with thousands of people at over 150 conference presentations and workshops both locally and internationally. Of particular note was his support of the Unified English Braille (UEB) code. Twenty years ago, the thought of introducing a new braille code to North America was daunting. Without his early support, Canada would likely not be where it is today with respect to UEB.”  Dr. Carol Farrenkopf

“I was fortunate to work with and learn from Alan. My life and my work is better because of my collaboration with him. Although I was his closest and most frequent collaborator, I was by no means alone. Alan was a generous colleague and published with 42 co-authors. Each of these people will have a tale to tell about Alan's influence on them!”  Dr. Cay Holbrook
___

THANK YOU FOR YOUR SUPPORT.

The Hall of Fame Voluntary Governing Board:

Hall of Fame: Leaders and Legends of the Blindness Field is a project of the entire field of blindness, curated by the American Printing House for the Blind, a 501(c)(3) tax-exempt organization.
Hall of fame History - Blindness