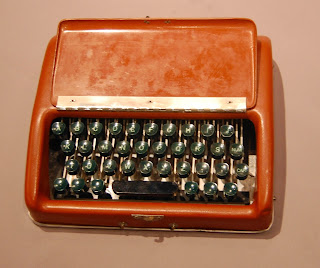 Our object this week is a very early and very simple example of what now is called a refreshable braille display. Unlike modern displays, which take digital files and convert them to braille, the Tellatouch facilitated communication between a typist and a deaf-blind reader, one character at a time.

Jackson Kleber was an electrical engineer who had worked for both RCA and Bell Telephone. Laid off as a result of the Depression, he came to work for the American Foundation for the Blind in 1932 to help continue research efforts on the development of the "Talking Book." 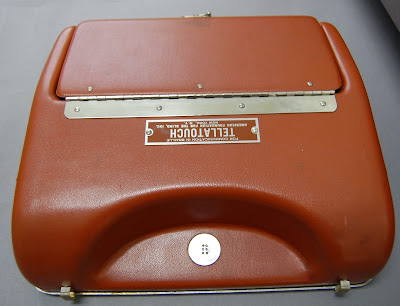 AFB launched a major effort on behalf of the deaf-blind in the mid 1940s. One of their first projects was an electrical device that would allow a typist to sit on one side, facing a standard keyboard. The machine would translate the keystrokes into a braille symbol on a plate at the back of the machine, "where a deaf-blind person could feel them with a fingertip." Kleber worked out the initial prototype. 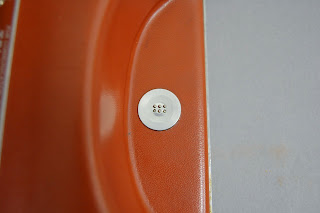 It was later modified by another important AFB researcher, Clifford Witcher. Witcher’s model, the Electro-braille Communicator—doesn’t that sound like something from a steampunk novel?--failed in field testing and was withdrawn in 1952. Later that year, Charles P. Tolman, a semi-retired engineer, was hired as AFB's technical research chief. Tolman solved the machine's problems by converting it from electrical to mechanical power and it was renamed the "Tellatouch" in 1954. They came in several colors—this one is a burnt orange. Tolman’s device looked like a portable manual typewriter. When you pressed a key, metal pins were raised on a finger shaped array to create a single braille cell.
APH museum Braille Electronics Employment History - Blindness Throwback Thursday