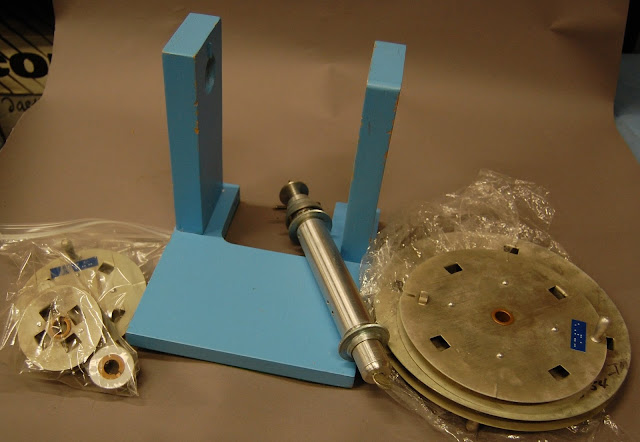 This set of simple machines was developed by the Instructional Materials Reference Center at APH in order to present concepts related to scientific principles involved in the use of machines. The pulley, lever, inclined plane, and screw were included in other kits and intended for grades 4 and up. Introduced in 1975, the kits only appeared in one published catalog, in 1981, and were gone by 1984. Sales were unimpressive, only a few hundred kits were ever made so this qualifies as one of the more rare APH products.
The photograph shows the wheel unassembled, so it may be a bit hard to imagine what you’re looking at.  Basically you have a blue wooden stand, an aluminum axle, and several different wheels.