Throwback Thursday Object: How did you do arithmetic before the electronic calculator? 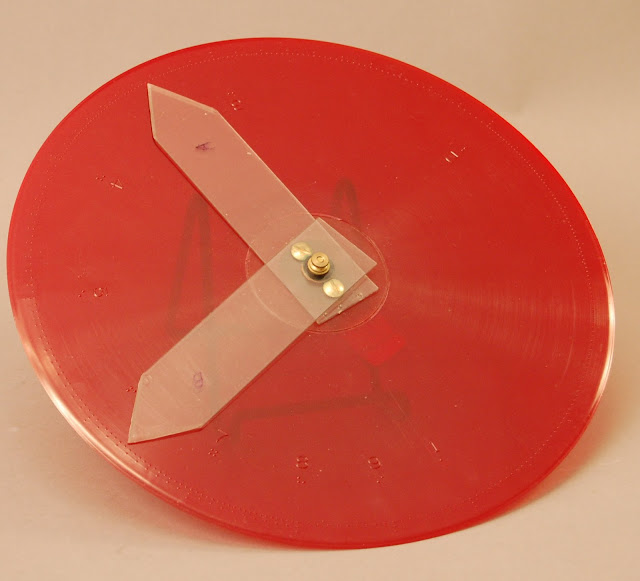 Our object this week is an interesting artifact that most students today will not recognize, both for its tactile form and its outdated function.  A slide rule was an analog calculator used commonly by engineers and architects before the invention of the electronic calculator to do all sorts of mathematic and algebraic functions.

Most were in the form of a sliding ruler, with several rulers set inside each other.  By sliding one value to a position lining it up with another, you could quickly find an answer on a separate part of the rule.  There were also circular slide rules, designed to take up less space.

This tactile version of the traditional circular slide rule was introduced by the American Foundation for the Blind in 1946.  It was made from a traditional phonograph record, fitted with a pair of rotating pointers. The scales were marked on the circumference of the disk in a series of raised dots.

We have two examples in our collection, a black vinyl version more typical of photograph records, and this one, produced in a fancy transparent red that was sometimes used for novelty records.  This one was used by Frank J. Healy, a student of the Oregon School for the Blind who later became Corporations Commissioner for the State of Oregon.
APH museum Braille History - Blindness Mathematics Throwback Thursday