By Unknown - June 09, 2016
Our object this week is in remembrance of Louisville’s own Muhammad Ali, who died last Friday and is being remembered all over the world this week as a great athlete, humanitarian, and voice for human dignity. We have had this photo since 2011, when we installed our exhibit telling the story of Stevie Wonder, his tutor Ted Hull, and his teachers at the Michigan School for the Blind. The picture came with many others donated by Ted, who traveled all around the world with Stevie Wonder and taught him on the road. Ted told his story in the 2002 memoir “The Wonder Years,” which you can still find on Amazon. The photo is a press photo from, we think, the Detroit Press, showing a twenty-one-year-old Ali, already the number one heavyweight contender, but not yet a champion, and a thirteen-year-old Stevie Wonder clowning around. Both were definitely still on their way up. It is a typical pose for “The Greatest,” with him taking a fake punch from Stevie, who wears a white tuxedo jacket and black bow tie and is smiling broadly. Doing some internet research, I found a wider shot of the same event, and discovered that it was taken backstage at the Apollo Theatre in San Francisco in December 1963. Stevie was there for a package show; the second picture I found included the Ronettes, Dee Dee Sharp, Dion Warwick and several others. Don’t confuse San Francisco’s Apollo with the one in Harlem. The one in San Francisco was built in 1928 as the “Amazon.” 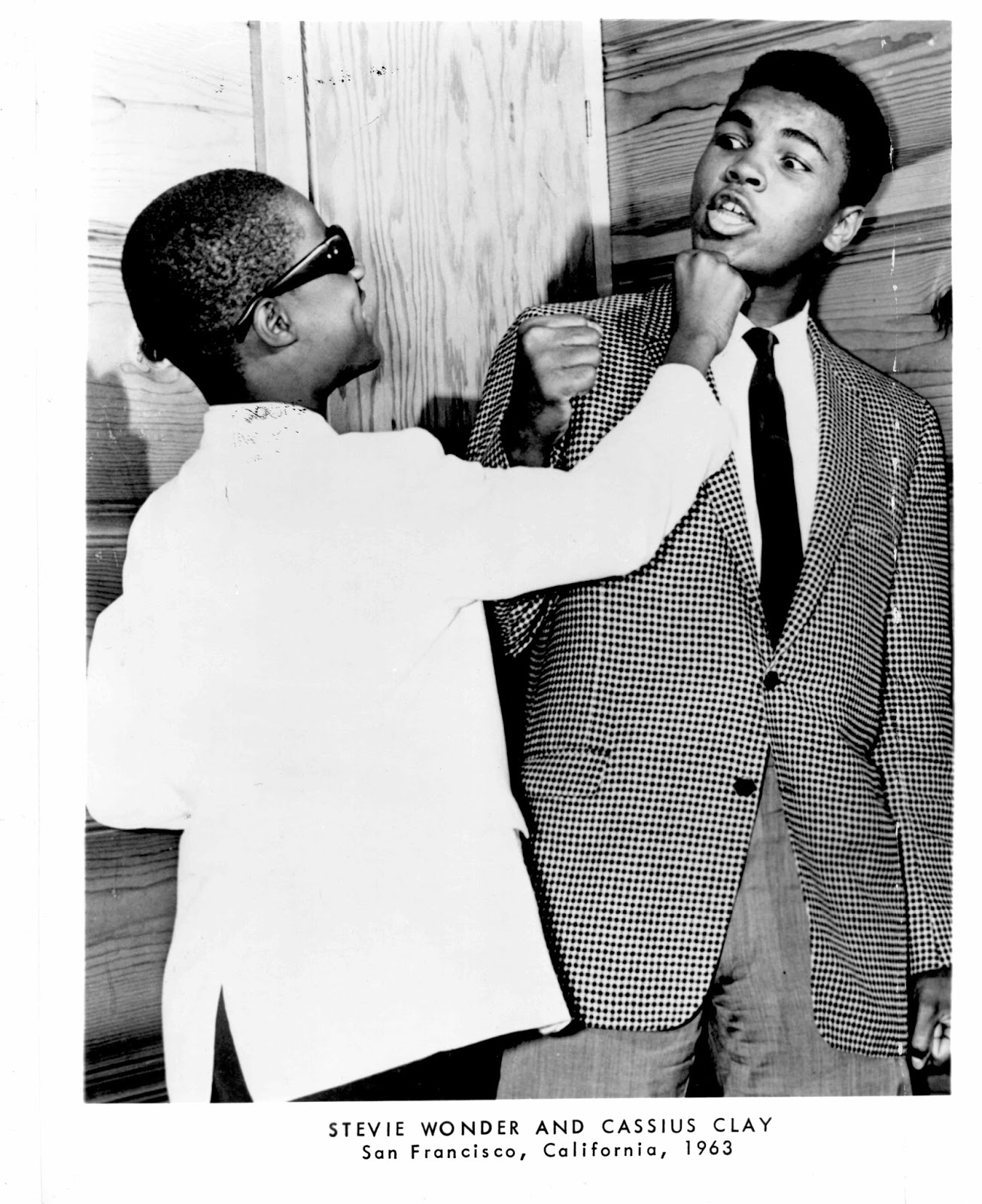