Comic Books for People Who Are Blind and Visually Impaired 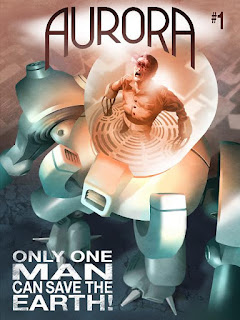 Growing up mostly with students who were sighted, I often heard about different comic book heroes and many comic books that my friends were reading. Some casually followed certain characters while others fervently collected comic books. Because I was blind, I, at that time, figured that comic books were just something left to the imagination and that it would be nearly impossible to create ones that people who are blind could read and appreciate.

While we do not have a long list of comic book suppliers to discuss in this post, one website/store exists that caters exclusively to people who are blind and visually impaired, and at least one other person has created an individual comic book specifically designed for persons who are blind.

Recently Comics Empower was mentioned in another blog post. It contains an interesting interview with Guy Hasson, the founder of Comics Empower. You can read about Hasson’s inspiration for creating the store in that post; we will concentrate on features of the website in this post.

Comics Empower, besides being fully accessible, actually is designed to be read by persons who are blind and visually impaired. Hasson’s site says:If you can read this, that means you’re visually impaired or blind. A sighted person can’t see this website: It’s got black text and a black background, which makes this text invisible to the sighted, and a picture at the top that explains you can only navigate this site with assistive technology.

If you’re new to comics, Comics Empower offers a free download of a First Timer’s Ultimate Guide to Comics that explains terminology, describes what comic books are, and prepares you for the comic book experience. Go to this page on the Comics Empower site, enter your name and email address, and get the guide.

When you are ready to explore further, the actual comic book store has over 50 comics and growing, some of which are not exclusive to Comics Empower. Since they are a seller and not a publisher, they carry some purely audio comic books that are not necessarily created for persons who are blind. Titles range from comedy to science fiction to fantasy and more. You can even browse the site and hear a few sample pages of each comic. Buy the comics at this link, one of which, Aurora, is featured in the image included as part of this post. Listen to the samples of each comic at this link. Perhaps you will find that you can enjoy comic books more than you had previously imagined.

This post from 2013 describes a comic called “Life” written by Phillip Meyer. The aforementioned post describes Meyer’s work as a “simple comic”, indicating that it is not a sophisticated endeavor. It was meant to be simple enough for a person who is blind to follow along while retaining the ability to tell a story. Here is the description given in the article of Meyer’s comic:

Titled “Life,” the comic tells a familiar story: Two characters meet, fall in love and have a child. That child goes off on its own, the parents grow old and then fade away. Only in “Life,” there are no words, no colors and every character is represented by a simple, tactile circle.

Meyer’s goal was to make a comic that was equally translatable for sighted and blind people. Using a method similar to Braille, he embossed paper with circles of varying heights and sizes to represent different characters. For example, one circle fades to flat in the center, while the other is filled in; this helps to distinguish one character from the next. Similarly, each scene is marked by perforations in the paper, creating the same kind of paneling you’d find in a typical comic book.

Read more about this book and the other things Meyer has done on his website.

These comics are not made specifically for people who are blind and visually impaired. They are audio comics that are designed to be “Audio adaptations of comics and genre fiction” according to Audio Comics, one company who sells such products. Audio Comics, whose work is available for purchase on Comics Empower, describes its work as follows:

AudioComics brings you professional, full-cast “audio movies” inspired by stories from comic books, graphic novels and genre fiction. Founded in 2010 by Lance Roger Axt and William Dufris, with Elaine Lee joining in 2011, AudioComics is one of the few production companies producing full-cast audio adapted from sequential material, bringing a unique collaborative approach to the medium by working in partnership with independent creators, guiding them through the process of adapting their stories for audio, while never imposing our viewpoint onto their creations. What we offer is nothing less than a second life for a creator’s graphic story, through a medium that will bring that project to the attention of a new audience.

Another site selling audio versions of comics is Graphic Audio. Graphic Audio offers an extensive list of titles and series. Titles are broken down according to genre or series, and you can choose to view books by the author’s last name. The site offers two podcasts and an app for listening as well as instructions for purchasing and downloading materials and a place to buy electronic gift cards so people can purchase the comics they want. The audio you can purchase on Audio Graphics is done in a similar manner to the work of Audio Comics; both sites make “audio movies” which are quite different from the work of Comics Empower. Comics Empower, so far, has not been given permission to sell Audio Graphic’s titles on their site so you will have to visit Audio Graphics to get more information about their work.

As you can tell, the collection of comic books for people who are blind and visually impaired, though it is comparatively small, is growing thanks to the sites and individuals mentioned here.
Accessible media Art Audio Audio books Audio description Books Entertainment Publications Reading Recreation Recreational reading Shopping Web sites