What exactly is audio description? The Audio Description Project (ADP) website, which we will discuss further, says the following:

Audio Description (AD) is the descriptive narration of key visual elements of live theatre, television, movies, and other media to enhance their enjoyment by consumers who are blind or have low vision. AD is the insertion of audio explanations and descriptions of the settings, characters, and action taking place in such media, when such information about these visual elements is not offered in the regular audio presentation.

The initial goal for writing this post was to list most, if not all, of the major sources of audio-described content. While attempting to gather the information into some sort of usable groupings or categories, however, it became obvious that it would be nearly impossible to put it all together in one post, especially if we attempted to elaborate on it in detail. As a result, we will direct you to resources with information about the history and availability of audio- described content and also mention a few resources which are not yet described on these larger sites including a service that calls itself the audio-described version of Netflicks and an independent video developer who chose to make their documentary with audio description.

Although the entire project’s history is described in detail on the site, a brief synopsis of ADP’s history is as follows:

This service calls itself, “Descriptive video on demand!” “We are Zagga Entertainment — a video-on-demand service featuring movies and series with described video. Whether you love a gripping thriller, a probing documentary or a hilarious buddy flick, we’ll feature it on our fully accessible website and mobile apps (which are coming soon).”

Zagga Entertainment provides sample videos on their site and may provide some videos at no cost; however, their service is similar to Netflicks because they are a video-on-demand service so you can watch programming at any time. How much does their service cost?

Zagga’s creators have stated that their site is still under construction and that more content is soon to be added. Visit http://zagga.tv/ for more information or email info@zagga.tv.

We, of course, are not aware of the actual number of independent filmmakers who add audio description to their work. One of them, however, chose to inform us about their film and to ensure that we knew that the film included audio description so we mention it here to show our appreciation for its inclusion as part of the film. 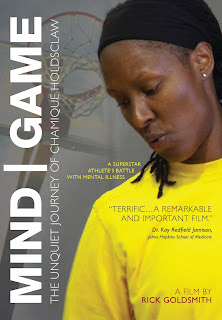 Mind/Game is now available on DVD, and comes with video description for the visually impaired, Closed Captioning and SDH subtitles in English and Spanish.

Director Goldsmith has long been committed to full accessibility in his films. He personally presented Mind/Game at this year’s Michigan Association on Higher Education & Disability (MI-AHEAD) conference, and at a special Department of Labor screening of Mind/Game in Washington D.C., to commemorate the anniversary of the Americans with Disabilities Act.

Home use, professional use and educational use DVDS of Mind/Game are available for purchase, and you can read a more detailed description of the film at https://kovnocommunications.org/.

While full implementation of audio description into all movies and television series is still far from complete, its usage seems to be increasing. With all of the available materials, perhaps you can watch something new or revisit something you’ve watched previously—this time with a much better understanding of the visual happenings thanks to audio description!
Accessibility Accessible media Audio Audio description DVDs Information services Internet Movies Recreation Services Technology Television programs Videos Web sites