Showing posts from August, 2017
Show all

Our museum collection contains over 230 years of products for people that are blind or visually impaired, but it also contains a lot of interesting manufacturing and printing history.  Our object this week is a specialty tool used to emboss the print gold leaf spine labels on our braille books.  A “chase” is a frame used to hold printers type in a printing press.  The type was set by hand and the screw handle tightened until the type was locked in place.   The type chase was then slid into a book case stamping machine.  It was probably custom made, either for APH locally, but more likely directly in the APH machine shop sometime around 1960. Captions: First Photo, Steel table on the chase has a fixed lip on one side and an adjustable lip on the other tightened with a hand screw. Second Photo: The green linen spine of the American Vest Pocket Dictionary from 1969 shows a gold leaf label stamped with the spine chase. Micheal A. Hudson
Museum Director
American Printing House for the Blind
Post a Comment
Read More » 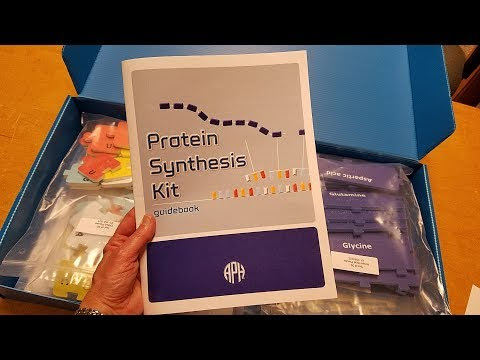 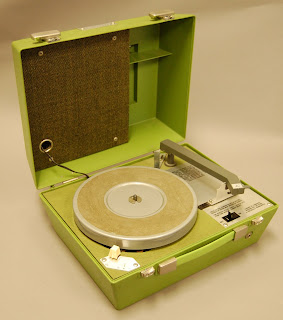 Our object this week is a common Talking Book phonograph from around 1974.  I really like the bright colors that the NLS was using back then.  This one is green and the speaker is mounted in its removable lid.  The passage of the Pratt-Smoot Act in 1931 created the National Library Service for the Blind and Physically Handicapped.  The act was amended in 1933 to include talking book service.  The WPA began manufacturing talking book machines for the NLS in 1935.  The first commercially purchased machines were bought by NLS in 1947.  The first transistorized machines, like this one, appeared in 1968.  Three speeds appeared in 1970.  This example was owned by Eva Morton, an alumni of the Kentucky School for the Blind.
Micheal A. Hudson
Museum Director
American Printing House for the Blind
Post a Comment
Read More »

Quick Tip: The Solar Eclipse at APH. On August 21st, 2017 during the solar eclipse that journeyed across the US, for the first time in history, individuals could experience a tactile representation of an eclipse that changed in real time. Also check out the video of individuals actually "Touching the sun" using Graphiti. 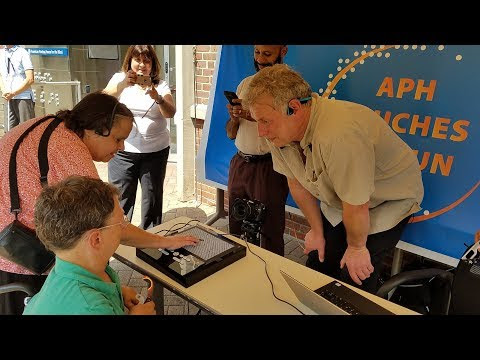 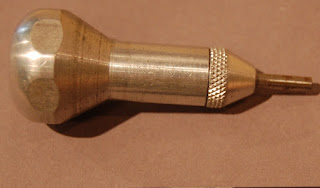 Ever since Louis Braille adapted his “Braille Tablet” to write his system, people have been bothered by the downward writing involved in using a braille slate and stylus.  In order to read braille that you write on a standard slate, you have to turn the paper over, so you have to reverse both the direction you write and the characters as you write them.  There have been a lot of different efforts to overcome this perceived deficiency, but I’m not going into that here.  Our object this week is a Swail Dot Inverter, introduced by APH in 1965.  It is a humble little aluminum stylus with a faceted handle and a hollow tipped steel blade.  When not in use, you can store the blade in the handle.  It was designed to emboss raised dots, useful for constructing simple tactile graphics.  You can still buy one!  Although the Swail works with paper, it seems to give the best results with plastic Brailon paper from American Thermoform, which also appeared in the APH catalog for the first time in 19…
Post a Comment
Read More »

Quick Tip: Bear Hunt in UEB. Bear Hunt, an award-winning tactile book, is an exceptional vehicle for building a foundation for early literacy. It provides the perfect recipe to stir up a desire to read in young emergent and early braille readers, as well as readers of all ages and visual abilities. 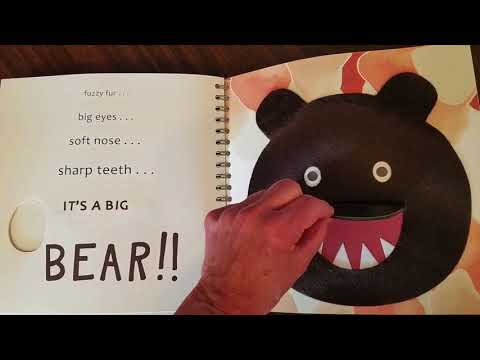 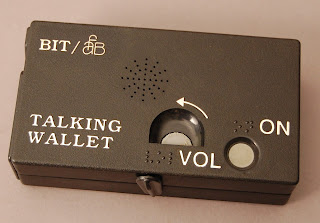 The talking wallet recognized paper bills and announced their value.  It was developed by the Boston Information & Technology Corporation in cooperation with the American Foundation for the Blind(AFB).  In a 1992 edition of AFB's Braille Monitor, BIT’s President, Mohymen Saddeek, reported that roughly 150 were manufactured before the company failed in a dispute over the product.
There are many tools that supply a voice reading of the information normally gained by sight. Such aids include the talking scale, clock, watch, timer, blood-pressure monitor, thermometer, blood-glucose monitoring kit, talking wallet, label makers, calculators, and computer-speech output.
Photo caption:  The Talking Wallet was black plastic, about 4x6 inches, and opened up to accept the paper bill.
Micheal A. Hudson
Museum Director
American Printing House for the Blind
Post a Comment
Read More » 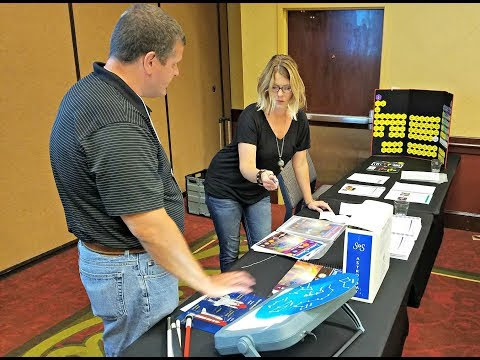 Throwback Thursday Object: Flyer Announcing a Concert by Students from "The Perkins Institution for the Blind" from 1873! 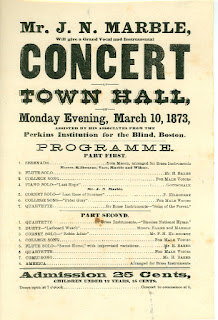 Our object this week is a small paper broadside from 1873.  In bold print letters it proclaims the appearance of “Mr. J.N. Marble and his associates from the Perkins Institution for the Blind” for a “Concert at Town Hall.”  These were likely pasted up all over town and handed out on the street.  John N. Marble was a student from Massachusetts at Perkins between 1868 and 1871.  Samuel Gridley Howe, the superintendent at Perkins, regularly exhibited his students all over the country, but this show was a money making venture.  It cost a quarter to get in.  We can’t be sure whether “Town Hall,” where the program was staged, was the Old City Hall in Boston or in some other community.  The repertoire featured a variety of popular tunes, primarily American, and concluded with “America,” although that song was not the “America the Beautiful” so familiar today.  That old favorite was not published until 1910. 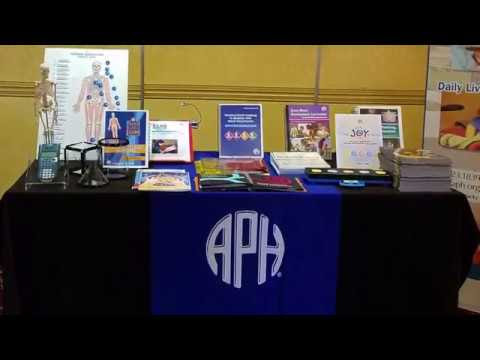