Showing posts from November, 2017
Show all

Our object this week is a fundraising poster for the Rochester Eye Bank.  "Mommy! I can See Again! “ is printed on the yellow poster with a black-and-white illustration of a young girl holding a rag doll.  The Rochester Eye-Bank and Research Society was founded by the Rochester Downtown Lions Club in 1952 to retrieve and store eyes for corneal transplants and research.  The first successful cornea transplant occurred in 1905 in Europe, but the creation of eye banks to store eye tissue was critical to the success of the endeavor.  The first eye bank in the U.S. was founded in 1944 in New York City.  The eye bank in Rochester closed its doors in 2015.
Micheal Hudson
Museum Director, APH
Post a Comment
Read More »

Quick Tip: 2017 Holiday Gift Ideas for the Artists in Your Life. Watch Kerry and Michelle show you 3 great gifts for artists with blindness, low vision, or typical vision. 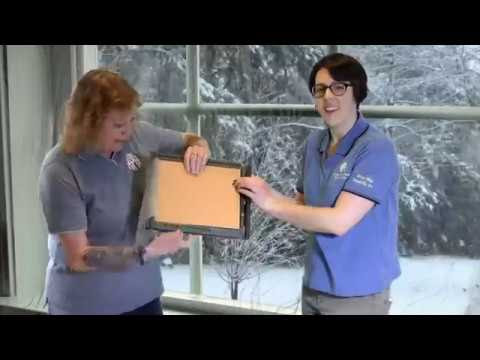 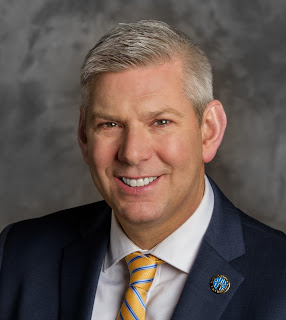 by Craig Meador, APH President Photo: Portrait of Dr. Craig Meador
Everyone has dreams. That’s one of the many ways people who are blind or visually impaired are exactly the same as people who are typically sighted. We all have dreams and hope we can make them come true.
People who are blind or visually impaired dream of getting an education, going to college, and maybe earning an advanced degree. They dream of jobs that bring them satisfaction and independence. They dream of participating in their communities and our society. They dream of achieving everything they set out to do—just like everyone else.
At APH, all our work centers around making these dreams possible, and providing people who are blind or visually impaired with the products and educational resources they need to fulfill those dreams. Although we’re a nonprofit organization, we’re also a business—not a wish factory—so we have to operate within the confines of budgets …
Post a Comment
Read More » 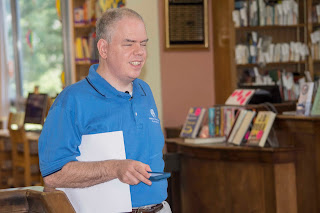 by Craig Meador, President, APH
At the American Printing House for the Blind, we believe accessibility is for everyone, everywhere. But as we all know, most cities and communities aren’t fully accessible to people who are blind or visually impaired. APH wants to change that, and we took a big step forward by asking people who are blind or visually impaired what they want and need to navigate the world independently.
Over the summer, we conducted a survey at major field conferences asking participants to give us their definition of an accessible city and community. We interviewed 397 people, including those who are blind and visually impaired, as well as caregivers, family members, and practitioners in the field. We also received 436 online survey responses, making this the largest study of this topic to date.

First, I want to thank everyone who participated in our survey. Our vision of creating fully accessible communities — like the Accessible Louisvill…
Post a Comment
Read More »

Throwback Thursday Object: Perkins Details a Catastrophic Event from 1917 that Changed the Treatment of Blindness 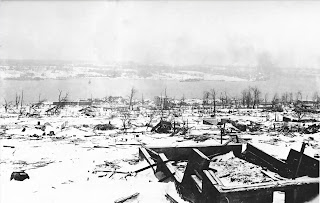 On the morning of December 6th, 1917, a French cargo ship loaded with explosives collided with a Norwegian freighter in the harbor of Halifax Canada.  The resulting explosion killed about 2,000 people and the flying glass that resulted from thousands of windows blown out by the pressure wave injured the eyes of almost six thousand people and blinded 41 permanently.  The large number of eye injuries turned out to an important event in both medical care for eye injuries and rehabilitation efforts for people who are blind.  This week the archives at the Perkins School for the Blind commemorates the centennial of this awful event and its aftermath by posting documents that tell the story.  Perkins has several other online exhibits that are equally fascinating.
Photo caption: View of the Halifax Harbor area after the explosion. Every tree and building in sight is shattered and broken. Everything is covered in snow.
Micheal A. Hudson
Museum Director
APH
Post a Comment
Read More » 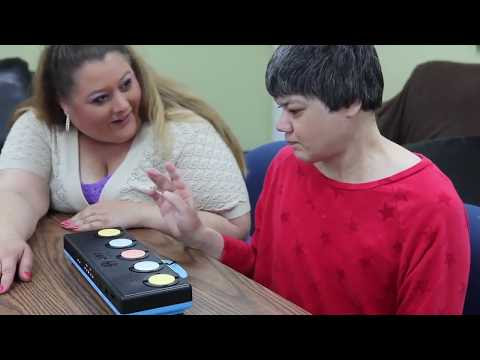 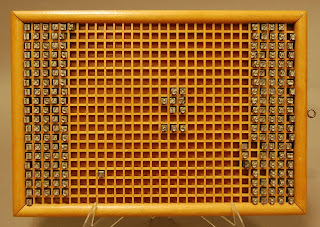 Our object this week is a wooden frame with small compartments in a twenty by thirty grid.  There are metal types with a raised Arabic numeral on the end that fit into the “cells.”  Originally called an Arabic Slate, this style of math aid was developed in Paris, France in the 19th century.  One source from 1910 called it the Paris Method.  This particular model, known as an Arithmetic Type Frame, was developed in 1936 at APH as an instructional aid for working problems in long division, multiplication, subtraction, and addition.   The supplied lead type was called Philadelphia Great Primer Type.  In 1959, APH introduced the Texas slate to replace the Arithmetic Type Frame.
Photo Captions: First Photo: The eight inch by thirteen inch Arithmetic Type Frame had 600 “cells.”
The second image shows you a close-up of the raised number types.
Micheal A. Hudson
Museum Director
APH

By Unknown - November 08, 2017
This month, APH is transforming access as dramatically as braille did back in the 1850s with the introduction of BrailleBlaster™ software. A Few of This Month’s Headlines: 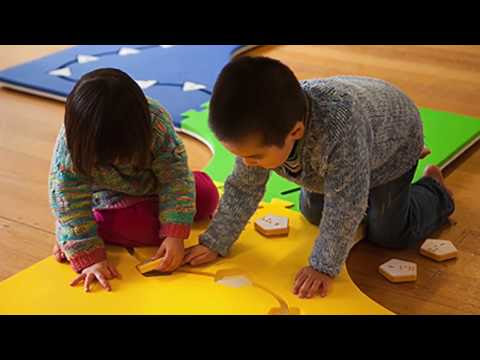 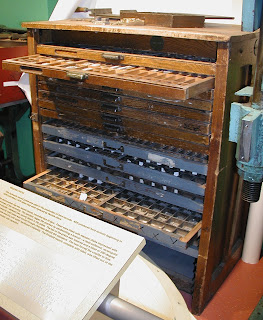 Did you ever wonder why we call capital letters “upper case” and non-capitals “lower case”?  They are printing terms.  From the origins of printing, Mr. Gutenberg and all that, some poor fellow had to sit with a “case” of printing type and lay out the page in a frame called a “galley” one letter at a time.  The capitals were in the top drawers of the case and so on.  Our object today is a cabinet of printer’s type.  The angled top allowed the typesetter to place his galley frame there while he loaded it with type from the drawers, or maybe rest a drawer there while he unloaded a previously used arrangement.  APH used type in several ways.  In more modern times, we used traditional type to print labels on book spines and Talking Book records.  In our early days, we used specialized type to manufacture raised letter books, the tactile books that preceded braille.
(Photo Caption:  Forty-four inch tall wooden case with space for twenty-four drawers, each drawer is about an inch high and is…
Post a Comment
Read More » 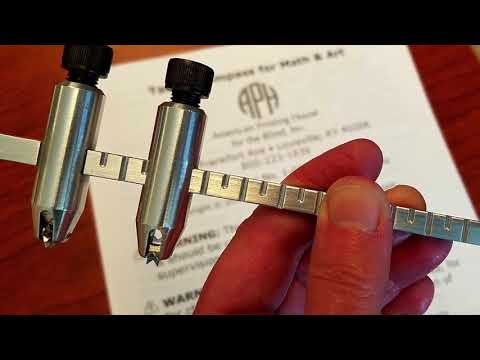